A man noticed a woman in the grocery store with a three-year-old girl in her cart. As they passed the cookie section, the little girl asked for cookies and her mother told her no. The little girl immediately began to have a conniption fit, and the mother said quietly, “Now Missy, we just have half of the aisles left… END_OF_DOCUMENT_TOKEN_TO_BE_REPLACED

So this song has been done by a number of Americans including my girl, Beyoncé but I think the original is by Lee Greenwood. I have been listening to it a whole lot recently especially since my meeting with Bankole where we discussed a lot of things among which was patriotism. He… END_OF_DOCUMENT_TOKEN_TO_BE_REPLACED

Jesse Oguntimehin decided to do his followers some good and let them experience a phone operating system that they have never used before so he asked people to signify by raising their hands on twitter if they were interested in using the Samsung Galaxy Nexus (Android Operating System), Apple’s iPhone (iOS) or the Nokia Pureview… END_OF_DOCUMENT_TOKEN_TO_BE_REPLACED

When I would hear people rant and rave about Pepper Soup, I would ponder about what was so special about it. I detested Pepper soup, ever since I was little. It wasn’t about the pepper or the ‘wateryness’ of the soup, I just wasn’t down with it. But since this year began, I have fallen deeply… END_OF_DOCUMENT_TOKEN_TO_BE_REPLACED

On Tuesday morning as I was getting ready to go to work, NEPA/PHCN took light by 6am on the dot. That was very weird because they usually leave it on till about noon, take it then restore it around 8 or 9pm. So as soon as it happened, I knew something had gone wrong. When… END_OF_DOCUMENT_TOKEN_TO_BE_REPLACED

On Saturday, I found myself in Yaba… not Yaba left. I went to meet with Jesse Oguntimehin (@JesseOguns) and Bankole Oluwafemi (@MrBankole). Jesse was being very kind and was giving me his Samsung Galaxy Nexus to use for two weeks so that I could taste and enjoy the wonders of the Android operating system.

Since Saturday, I have been in awe of the phone but I digress.

I had met Jesse once before at the LTV grounds and it was an exhilarating experience. He was not what I expected at all and I was amazed. Prior to our meeting, I had never eaten amala but he convinced me to try it that day. I won’t say the amala-eating was a mind-blowing experience, after all it’s just amala, but at least I could now say I had tasted amala. If you ask me to choose, it’ll be eba. *now chanting* Eba forever! 🙂

*shrug* Oh well… I do that oh. I think I am even guilty of putting people in a box. Fashion them according to my own design and expectation and group them into categories. I need to stop doing that, really. I’m the one who doesn’t like being put in a box. So, anyway I had a picture of what Clive (@CliveUA) and Bankole would look like. I didn’t expect them to be so tall neither did I expect to receive such a warm hug from fine boy Clive. 🙂

Clive said I was just as he expected, including the ‘chubby-ness’. Hehehehehehe… I didn’t get to take a photo with him and I missed saying hello to Seyi Taylor (@seyitaylor) by a whisker 😦

But I had fun and it was a jolly good meeting.

I was very impressed with Bankole. Very. He is such a gentleman and quite charming. The glasses just adds to the charm, wait till he starts wearing contacts. His voice is silky and smooth and he almost has a British accent. I am very glad I met him because he has been that online friend who has pushed, prodded and encouraged me on. Thank you, Banky. I cherish your friendship. 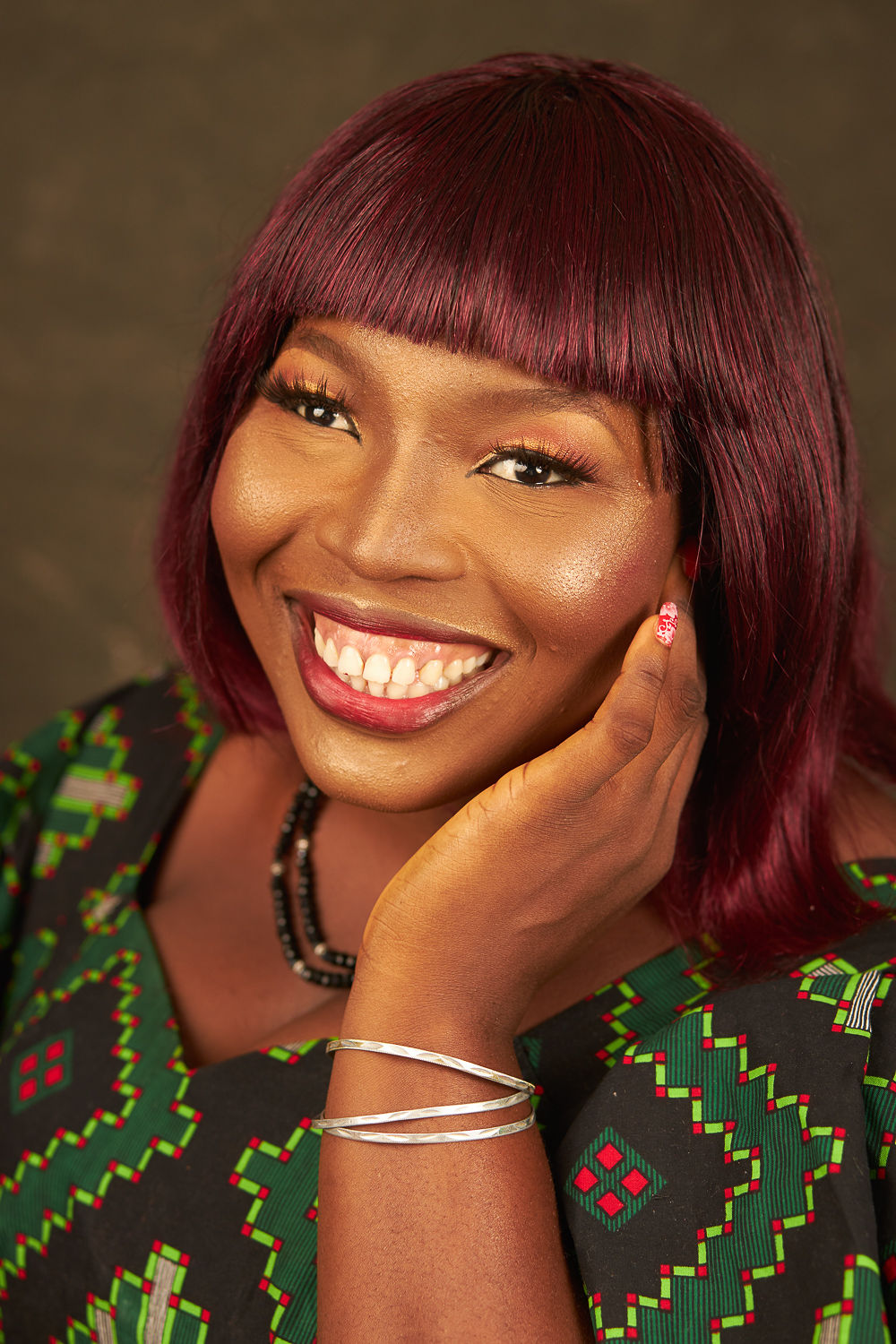